Dr. Rama Sithanen : “We are in an era where governments around the world can hardly provide any fiscal space” 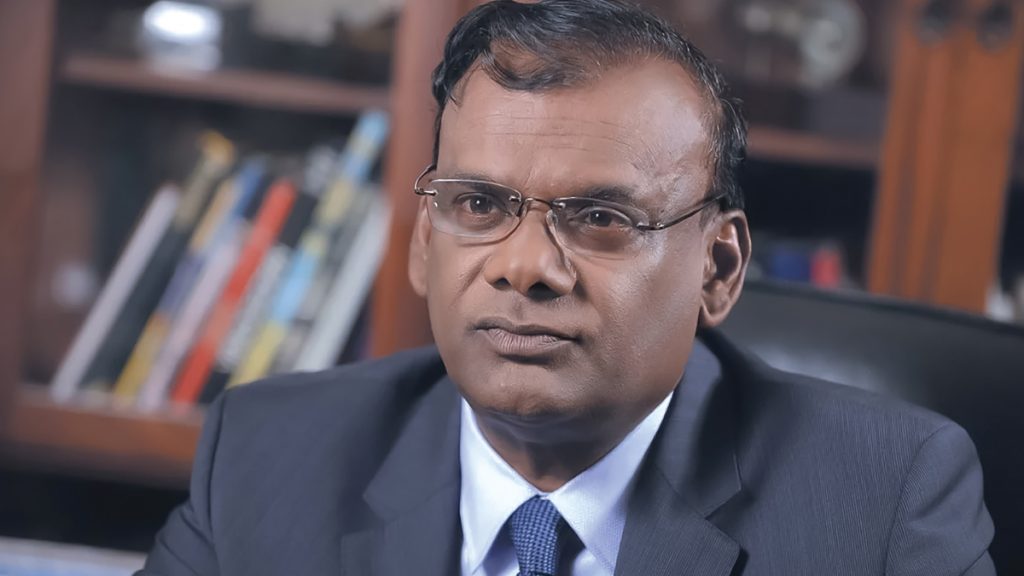 Inflation remains the main headwind the world economy faces, said Mauritius Former Finance Minister, Dr. Rama Sithanen. “There are some policy options and they’re quite tricky”. He also highlighted that the global economic crisis provoked by the COVID-19 pandemic provoked a lack of fiscal space in many economies. “It’s as if you have a loaded gun and have used up all of your ammunition fighting Covid”. He was speaking at a panel discussion, ‘Key Trends Informing Investment Decisions In 2023 And Beyond’, organised by the South African Chamber of Commerce in Mauritius and Sanlam in November.

“After suffering from the economic and health effects of the pandemic, we were recovering in some sectors until Russia invaded Ukraine”, said Dr. Rama Sithanen. “All of the world’s sins should not be laid at Mr. Putin’s feet because deep structural and long-term issues already existed. However, what happened was amplified by the pandemic and the conflict in Ukraine”, he added.

Sithanen tried to spell out what he thinks will be the broad macroeconomic climate for the coming 18 months. “It’s not good to be a messenger of not very good news, but you shouldn’t shoot the messenger…”, Rama Sithanen said. The former minister of Finance, explained that the first headwind, “the most important one”, he highlighted, is inflation. “There are some policy options and they’re quite tricky. The challenge with inflation is how much central banks would have to raise interest rates in order to bring it down, for example to 2% in the US or in Europe”, he declared.

Sithanen said inflation will remain quite elevated for sometime and unfortunately central banks will have no choice but to increase interest rates. “The question is are they going to overreact or under-react. I have a very good friend who is a doctor and he tells me that very often the operation is successful but the patient dies. The patient here is the economy”, said the former Minister.

“The only thing central banks can do is play the demand side. Reduce demand so that inflation naturally falls at the same time…”
Dr. Rama Sithanen | Mauritius Former Finance Minister

He also mentioned the energy issue as being the second challenge for the world economy. He explained that there are many geopolitical tensions and that no one knows what will happen on the energy front. “How long the war will last. Only Mr. Putin knows the answer. The best thing to happen is that they negotiated settlement, that there is peace and energy is back”. He explained that many countries across the world have been affected by the disruption in the energy sector. “It’s an absolute disaster for countries in Africa that rely heavily on imports of food and energy,” he said.

The third headwind stems from the first and second, namely rising interest rates. He contended that rising interest rates are absolutely necessary in the current environment. “It is true that it is driven by the supply shocks, but central banks cannot ask Mr. Putin to end the war. The only thing central banks can do is play the demand side. Reduce demand so that inflation naturally falls at the same time. You must also safeguard your currencies”, he argued.

Sithanen explained how rising interest rates are causing major issues around the world. He used the example of rising sovereign debt levels and debt service on the African continent.

The fourth headwind is the climate crisis. He said that if we don’t take the pain now, we are talking about existential threats down the line. The 27th United Nations Climate Change conference, in Sharm El Sheikh, Egypt last November, has been a failure according to the Former Finance Minister. One of those failures is mitigation, as he explained that the target of 1,5 degrees of global warming will not be met. “The best we can do is probably under 2 degrees”. Another one of the failures is the losses and damages fund which comes on the table after 10 years of discussion, “but there’s no money coming”, he said. Countries at the 27th United Nations Climate Change conference reached a historic decision to establish and operationalize a loss and damage fund, particularly for nations most vulnerable to the climate crisis. While the negotiated text recognized the need for financial support from a variety of sources, no decisions have been made on who should pay into the fund, where this money will come from and which countries will benefit. The issue has been one of the most contentious on the negotiating table.

Sithanen explains the pandemic has fragilized economies across the world. “We are in an era when governments around the world can hardly provide any fiscal space to support their economies. It’s as if you have a loaded gun and have used up all of your ammunition fighting Covid and now there’s hardly anything left to fight what’s going to happen’’. He said that some countries are already in recession like the U.K and Germany.

Sithanen said high sovereign debts of many economies in Africa are another “elephant in the room”. “I don’t see how Malawi is going to service its debt. There is rising debts and higher servicing of those debts and probably this is going to be the single most important expenditure of the budget of many governments, including Mauritius, where it will exceed the budget spent for Education”, he explained.

“There is rising debts and higher servicing of those debts…this is going to be the single most important expenditure of the budget of many governments…”
Dr. Rama Sithanen | Mauritius Former Finance Minister

Many of these countries will have to build resilience and mitigate the global impact while protecting the most vulnerable, according to the former minister. Difficult decisions, such as raising taxes and cutting spending, must be made. He explained that open economies such as Mauritius, South Africa, and Singapore are the ones most affected by global events. “It’s going to be very tough.” Some countries will have to protect people in the short term while implementing structural reforms in order to do A,B,C. In Africa, A could be a shorter supply chain through regional integration, especially after we have signed the AfCFTA and see how we can fasten the regional supply chain and reduce reliance on longer supply chains.