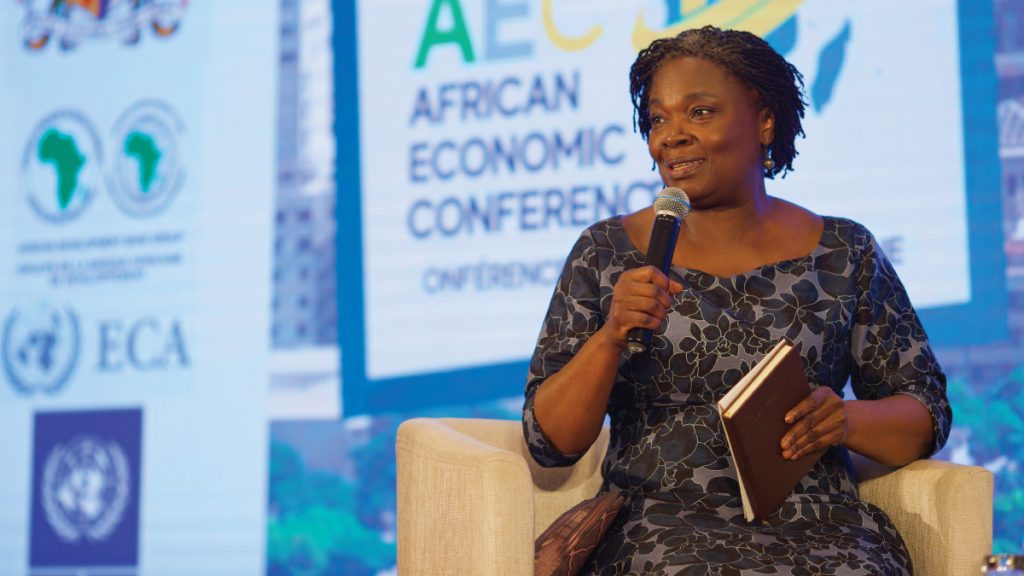 Victoria Kwakwa, Regional Vice President at the World Bank for Eastern and Southern Africa, discusses Mauritius’ main growth challenges with Investor’s Mag. “There is still much to be done,” she says, “and Mauritius faces significant challenges.” Victoria Kwakwa, a Ghanaian national, is an economist and development expert with more than 30 years of experience. She is in charge of the World Bank’s engagement with 26 countries and oversees a portfolio of 313 active operations worth USD 58 billion.

Can you tell us more about the reasons for your visit to Mauritius?

This is my first trip to Mauritius as the World Bank’s Vice President for Eastern and Southern Africa. I’m here to see how we can strengthen our collaboration. The World Bank and Mauritius have a long history of collaboration. We were able to make a small contribution to Mauritius’ success. We are currently working on a strategic document that will define our partnership over the next five years. My visit is intended to assist the team in discussions with the government about the strategy and how the World Bank can best support Mauritius’ continued development.

On the government side, I met with the President and Prime Minister, as well as the Minister of Finance, and then I met with civil society actors, including the private sector and the media. They’ve been excellent discussions. For me, as a first-time visitor, it’s also about learning and getting to know the country. You won’t understand everything in a single visit, but you will gain a good understanding. It is really about acknowledging Mauritius’s success. It drew itself from low-income countries to middle-income countries on the verge of high-income countries, but Mauritius has yet to reach that level. There is still much to be done, and Mauritius faces significant challenges. At the World Bank, we are looking at what role the institution can play in assisting Mauritius in addressing both long-standing issues and newer issues that the country is facing.

You’ve had the opportunity to meet Mauritius’ public and private actors; what is your assessment of the country’s development trajectory?

What I know about the covid response is that the government placed a high priority on supporting the population and the livelihoods of people, including the most vulnerable. It spent a lot of money on that. It had the fiscal space to do some of that. Not every country had the financial resources to combat the pandemic. The more developed countries have more fiscal space. The United States spent a lot, Europe spent a lot, and developing and emerging market countries, which have less fiscal space, had to spend less. Mauritius happened to have more fiscal space, it was able to spend more. At the same time, as seen in advanced countries, particularly the United States, huge covid expenditures have contributed to fuel inflation, which has been exacerbated by what has happened in Ukraine with the increase in fuel and food prices, so you now have an inflation problem.

You also now have a shrinking fiscal space because you’ve already depleted a significant portion of it. The response was critical in dealing with the issue. However, you must now manage how you exit the response and address some of the downside risks that it has presented. This is about macroeconomic management.

In terms of growth, it is rebounding across all sectors of the economy, particularly in tourism, but not as strongly as it could be; there is some unevenness. So, how do you achieve more even growth across the economy while ensuring that growth remains inclusive?

Mauritius is facing newer growth and development challenges, such as an aging population and a declining population, which has major implications for productivity and labor force. Some of the areas of comparative advantage that Mauritius had previously and that drove it to its current level will no longer exist because other countries are more competitive; for example, the textile and garment industry. Then there are the climate challenges.

Mauritius has a sovereign debt exceeding 80% of GDP. Is that a matter of concern for the World Bank?

Debt, in itself, is not a problem. Debt becomes a problem when it is unsustainable, which means that you are unable to increase your debt carrying capacity at the rate at which you are incurring debt. Because you will have a problem at some point where you will be unable to pay. Yes, the debt is large, but if your debt carrying capacity is strong, you should be fine. That is what must be evaluated. We haven’t done a debt sustainability analysis, but it’s something to keep an eye on.

Of course, you should be concerned if it is not sustainable. If it is sustainable, it is a matter of managing it and ensuring that all of your growth levers are being pulled in order to sustain the debt.

Where do you see growth in Mauritius?

The blue economy is one thing that I guess the government realizes is not up to much. It is necessary to examine how the blue economy can contribute to the growth story.

There’s also the energy transition to consider. It’s not just about changing the energy mix; it’s also about creating new value chains. So it’s not just a matter of bringing in solar panels or wind turbines. It’s a matter of whether you can capture some of the value chain for input into green energy, thereby creating new industries and new sources of growth. Is Mauritius capable of doing so, or can it capture some of it?

Mauritius could also tap into the broader innovation and technology agenda. I understand there is interest in pharmaceutical research and development. However, whatever opportunity it chooses to pursue, it will require strong regulatory quality, open markets, and an environment that encourages competition and thus drives efficiency.

Mauritius, a small country, has the potential to capitalize on Africa’s growth. Mauritius could invest in Africa for the benefit of both Africa and Mauritius, so that is another option to consider. With the possible exception of South Africa, the rest of the continent, particularly Sub-Saharan Africa, are financial capital deficit countries. Mauritius could be ahead of the game on this front.

What about the debt crisis that many African countries are experiencing right now? How serious is it, and what does it mean for the continent?

It is serious. That’s why private investment is so important. Government can’t do everything. Governments, maybe with increasing debt, global interest rates rising, might not be able to borrow much. But if there are private resources that can take equity investment, and bring financial capital to these countries, it will help.

What are views concerning the implementation of the AFCFTA?

This is a big agreement. it is potentially transformational for the continent. I think the implementation is moving slowly. There’s a lot of work to be done. Some of the countries will need a lot of technical assistance.

Do you mean it is not realistic?

I don’t think it’s unrealistic. It is critical to have such an agreement. I’m glad the leaders were able to reach an agreement on this.
It will take hard work, continued political determination, and international community support in the form of technical assistance, among other things, to help them achieve their goals.

You will most likely not achieve all of it overnight, but I believe it is critical that they do not lose sight of it. That is why leadership will be essential. They must truly state, “We are going to make it, and these are the gaps where we need assistance.” The World Bank is assisting significantly, and we are providing capacity support to the secretariat. We also support increased trade, which necessitates improved connectivity. Whether it’s air, land, rail, or sea connectivity.

How can you sign a free trade agreement if you don’t have connectivity? We’re also assisting them with trade facilitation and protocol development… So it’s something we believe in, and it’s a huge opportunity. So we’re working on it and helping to build capacity to implement it. Governments must maintain their resolve. It’s not easy. It’s not a piece of cake.

What is your outlook for 2023, Is a global recession inevitable?

We must keep an eye on what is going on. Instead of asking, “Do we need to be concerned?” I think the question I’d ask is how to position myself so that even if the United States, Europe, and others do poorly, I can swim and not sink. It is all about diversifying your economy and your markets for imports and exports.

Yes, a recession may occur, but the question for policymakers should be, “How do I prepare for it?” And how do I strengthen my economy’s resilience, given that shocks cannot be avoided? It is not up to you to decide whether the US receives the shock. If this occurs, you should consider what you can do to stay in good shape. More shocks, greater than the new normal, are on the way. In terms of growth opportunities, Mauritius and all African countries should demonstrate macroeconomic resilience.