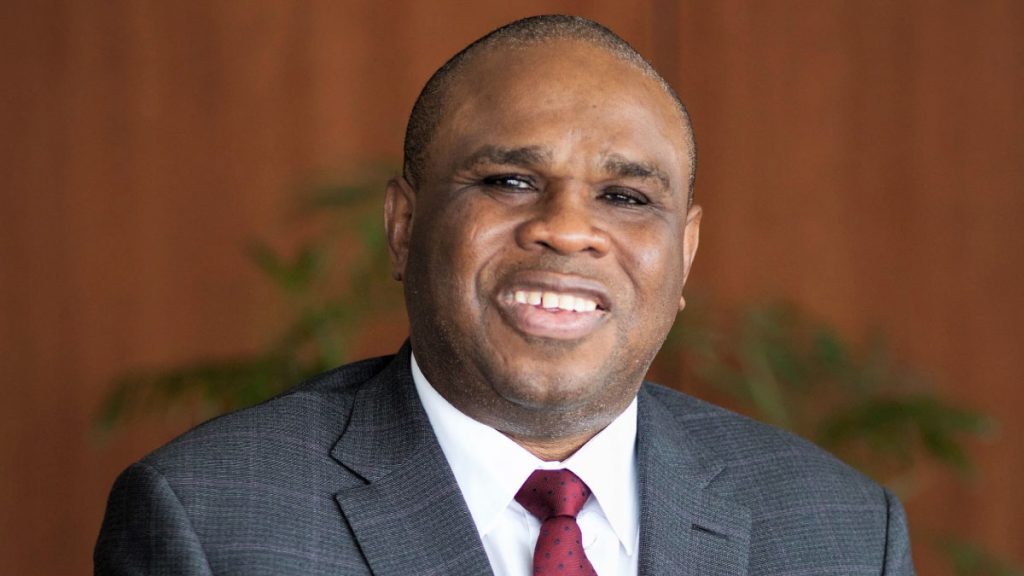 Afreximbank made a significant impact in helping Africa to contain the pandemic, becoming a vital instrument for crisis intervention in Africa. Dr. Benedict Oramah, Chairman of Afreximbank said that the AfCFTA journey that Africa started is to remove the new colonialism suffered by African countries since their independence.

Dr. Benedict Okey Oramah is assuming the position of President and Chairman of the Board of Directors of the African Export–Import Bank (Afreximbank) since 21 September 2015. The shareholders of the bank reappointed him for another five years in June 2020.

Between 2015 and 2019, Afreximbank disbursed more than US$30 billion in support of African trade, with over US$15 billion channeled towards the financing and promotion of intra-African trade. “We want an Africa where the foundations of the African Continental Free Trade Agreement (AfCFTA) are laid expeditiously so that the 84,000 kilometres of borders that have divided us for ages can begin to come down,” he said at the start of his second term.

For Afreximbank, Africa is first in everything it does, said Prof.Oramah. At the latest Afreximbank Annual Meetings (AAM2022), at the St. Regis Alamsa Convention Centre in Egypt’s New Administration Capital, he announced that, by 2021, Afreximbank, through its Intra-African Trade Division, had disbursed about 20 billion US dollars in support of intra-African trade and investments, with plans to disburse a further 40 billion US dollars during the next five years. That had raised the intra-African trade share of the Bank’s portfolio from 3% in 2016 to about 27% in 2021 and enabled African contractors to bid for African infrastructure-related projects.

Prof. Pramah stressed that Africa could no longer accept that after 60 years of independence, it remains weak and economically fragmented. “We can no longer continue to espouse the benefits of an integrated continent but do little to achieve it. Africa’s payment system, key to economic integration, is fragmented and disorderly. An Egyptian that wants to buy Kenyan coffee must find a third currency and make the payment through a complicated, time-consuming, and costly process. If the Ugandan government wants to award a road contract to an Egyptian or South African contractor, it must ensure it has foreign currency to pay for the works. The consequence is that trade is diverted, and African contractors become disadvantaged in bidding for contracts within Africa. Similarly, a truck cannot transport goods from Cairo to Cape Town without posting multiple transit bonds. Why is it that standards for simple goods used in Kenya are different from those in Senegal?”, he asked.

Afreximbank, he added, is a firm believer that we can only begin to resolve these questions through aggressive pursuit of intra-African trade promotion and implementation of the African Continental Free Trade Agreement (AfCFTA).

Moving away from new colonialism

Prof . Oramah also firmly believes that AFcTA is the platform for Africa’s collective self-reliance towards economic freedom. “The African Continental Free Trade Agreement is for us, I mean my colleagues and me at the bank, the final journey to freedom for Africans. The journey started 60 years ago for countries that gained political Independence, But as we gained political independence, many of the visionary leaders,who fought for that independence, knew that it was just the beginning of the journey. We were not yet independent”, he later said during a panel discussion during the bank’s Annual Meetings.

He further explained that in the 1960s, Africa moved from colonialism to what was called “new colonialism”. “The journey that we started with the AfCFTA is to remove this new colonialism so that we would then become economically free. Be able to stand up for ourselves by ourselves, be able to pursue our aspirations”, he said.

Implications of the AfCFTA for Demand of Transport