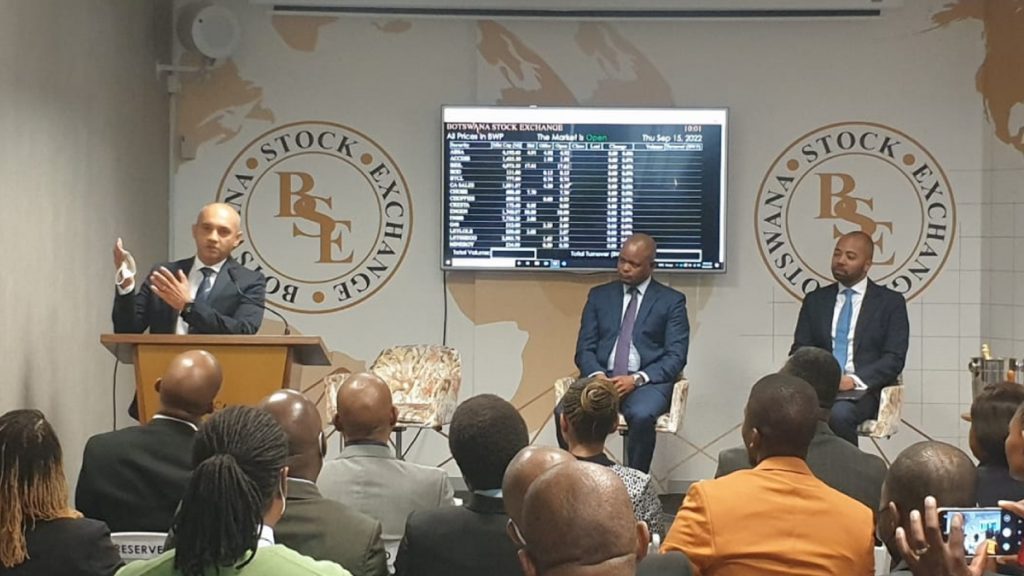 The African Domestic Bond Fund (ADBF), a USD denominated Exchange Traded Fund which has a primary listing  on the Stock Exchange of Mauritius, has been listed on the Botswana Stock Exchange (“BSE”). The ADBF is managed by the MCB Investment Management, the asset  management arm of MCB Group.

MCB Capital Markets (“MCBCM”) has announced the secondary listing of the African  Domestic Bond Fund (“ADBF”) on the Botswana Stock Exchange (“BSE”). ADBF is a USD denominated Exchange Traded Fund that was launched in September 2018 with a primary listing  on the Stock Exchange of Mauritius. It is managed by MCB Investment Management, a wholly owned subsidiary of MCB Capital Markets which is the asset  management arm of MCB Group. The African Development Bank is the anchor investor and sponsor of ADBF.

The fund’s primary purpose is to promote the development of local currency capital markets in  Africa by giving investors access to Pan African local currency government bonds through a  transparent, cost effective and liquid vehicle.

African local currency debt is a fast-growing asset class, the market capitalization of which reached  almost US$1 trillion in August 2022. Based on USD total return, the asset class has outperformed its  global fixed income peers, including US Treasuries, US Investment Grade Bonds, US High Yield and  USD Emerging Markets over a 1-year, 3-year and 5-year period. The fund’s cumulative USD total  return as at 31st August 2022 was 27.6% and 51.6% in BWP.

Stefan Nalletamby, Director of the African Development Bank’s Financial Sector Development  Department, said: “This listing on the BSE is a very positive development as the local asset status of  the fund will enable Botswana’s institutional investors to invest in the fund as part of their domestic  allocations. This listing aligns with our mandate to develop capital markets products across our  Regional Member Countries.”

Rony Lam, Chief Executive Officer – MCB Capital Markets, commented: “The secondary listing of the  ADBF on the BSE is another important milestone in the evolution of the fund. We are confident that  the strong performance track record and dual listing of the ADBF will attract further interest from  investors in the African local currency fixed income asset class.” Abhimanyu Yadav, Head of Fixed Income and Currencies at MCB Capital Markets, commented: “We  are excited with our first cross-listing across African exchanges for the ADBF and recognize and  appreciate the hard work and dedication by various teams in bringing this to fruition. This is an  important achievement, in line with our partnership with the AfDB to develop and improve African  capital markets and provide greater transparency and access for investors to them.”