Grace Leung Shing | Swan General Ltd: “Women are so resourceful and we should not be afraid to grab opportunities and make great things happen” 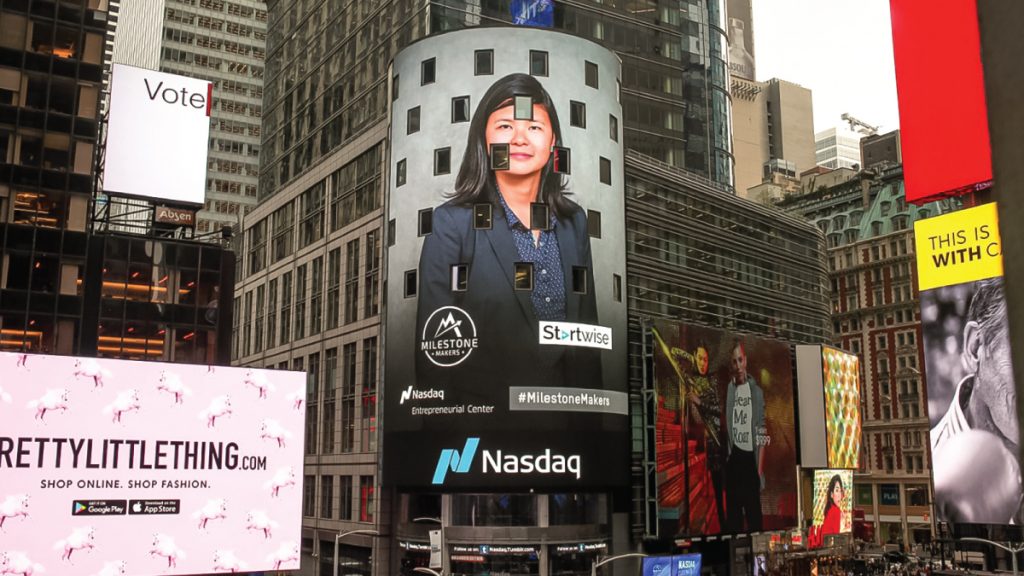 Young and dynamic, Grace Leung Shing went from not liking school to having a MA Enterprise Management from Pantheon Paris Sorbonne, an International MBA from Georgia State University (USA) and a BA Economics from the University of Manchester (UK). She started as a stockbroker, worked at a Venture Capital firm, founded a start-up, and now is a director, an executive director and an Independent Non-Executive Director on several boards. She talks about her career path, women’s representation in boardrooms, and the next wagon women should jump in.

You are already in the top management of finance and investment companies at such a young age. Can you please tell us more about your path so far?

My first job was as a stock trader, where I learned about investment and the different local companies. I then worked for a Venture Capital (VC) firm in California; the parent company DFJ had invested in companies such as Skype, Tesla, and Hotmail. While working at the VC firm, I met Ekaterina Yushina. Together we started a revenue-sharing investment platform, and we were selected by several accelerators, including the Nasdaq Entrepreneurial Centre. One of our accomplishments was to be featured on Times Square in New York. Since returning to Mauritius three years ago, I have been managing an investment management company.

You have mainly worked in the finance world. A world predominantly male. Do you think that being a woman was a barrier?

I have to say that working in Venture Capital in Silicon Valley has been a challenging experience for several reasons. It is well-known that this “world” is a White Boys Ivy League Club, and I certainly did not meet these criteria… First, I was a woman; then, I was not from Stanford University, MIT, or any other Ivy League school, and finally, I came from a remote island in Africa. While I was there, the most intriguing part for most people was that I looked Asian but spoke English with a French accent…

On top of that, it was hard dealing with start-up founders and engineers as I did not understand most of the acronyms (e.g., PPC – Pay Per Click, Bootstrapped and unicorn), and the jargon, in general, was different. I was definitely out of my comfort zone, and I had to work hard to be on the same level playing field as my peers. And honestly, I did not have time to think about differences. All I could do was focus on getting better. I was so different from my co-workers, and my gender was only one of them.

What advice would you give a woman starting her career in the field?

The first advice would be to seek internships. You have to understand that there is a disconnect between the expectations of a dream job and the actual reality. Having an internship will help bridge that gap and help anyone understand if they can do that work every day, in and out.

The next one would be to have a mentor. I had the chance to have a lot of great mentors that became friends. One of them, Wasiq Bokhari, was even a venture partner that later moved to special projects at Google followed by Amazon. He is just an amazing guy, extremely humble, and always with sound advice. It is really important to surround yourself with people like that to thrive.

My last advice would be to read a lot of books, especially biographies. I used to hate school, but as they say, ‘the older you get, the wiser you get’. Now, I love to read, particularly biographies, as it is a great way to learn from someone else’s experiences. A great way to prevent mistakes or to pick up good ideas.

“This “world” is a White Boys Ivy League Club, and I certainly did not meet these criteria..”

Women representation on boards in Mauritius is really low, but you currently sit on several one, either listed or private companies. Why do you think women are so badly represented in boardrooms?

I think there is a lack of transparency when it comes to the recruitment of female board members. There are also, sometimes, conflicts of interest with their employment obligations that can create specific barriers. It is also interesting to note that women have traditionally preferred to look for stability, with a majority choosing to work in civil services instead of a chair on boards of private companies.

Do you have any ideas on how to resolve this situation?

One of the last initiatives is the Board of Good. This platform helps bring attention to the issue of board representation and gender equality. However, there is room for improvement in the recruitment of board members as well as the overall recruitment process in Mauritius.
We should leverage technology and use it as a catalyst in creating a better future for women. Many marketplace start-ups (e.g., Airbnb) have been built to solve problems due to information asymmetry, and I think that a platform where women could showcase their skills and abilities would be ideal. For example, in the USA, Blendoor is a diversity analytics and hiring software company, which provides ratings on corporate diversity, equity, and inclusion.

Based on your personal experience, what is your biggest life lesson?

“La vie n’est pas un long fleuve tranquille”. We need to muster a lot of resilience, either professionally or personally. Five years ago, I had two surgeries on the same knee in one year. I spent almost an entire year on crutches. After my first surgery, I worked hard to get back on my feet, but then I got injured again, and everything evaporated in an instant. I had to pick myself back up and start over. It was frustrating because for injuries, there is no fixed timeline. The same with life! You just need patience and resilience.

As you work in the finance and investment sector, according to you, what are the biggest challenges ahead?

I have noticed a huge disconnect between tech people and finance people. These two worlds need to work together. For example, three years ago, we personally experienced this disconnect when we hired a local company to implement a fund accounting software, and unfortunately, they were unable to do so. After several months, I was finally able to implement the system myself.

Based on this experience, I can say that there will be a need for “hybrid” skills in the coming years. We will definitely need people with specialised knowledge, but also with a higher level of understanding of technology. Robotic Process Automation, Machine Learning and Artificial Intelligence will for sure challenge the ‘status quo’. Companies will have no choice but to adapt fast and jobs that were considered safe would maybe be at risk.

Do you think women should take advantage of these coming changes, and how?

Yes, they should. They should take every opportunity to learn something new, even if they do not yet have the experience or skill set. With the democratisation of education, everyone can get a world-class education with just a laptop, the internet, and electricity. Go ahead and learn more. Some courses are even free for the basic level of certification (e.g., Salesforce and UiPath).