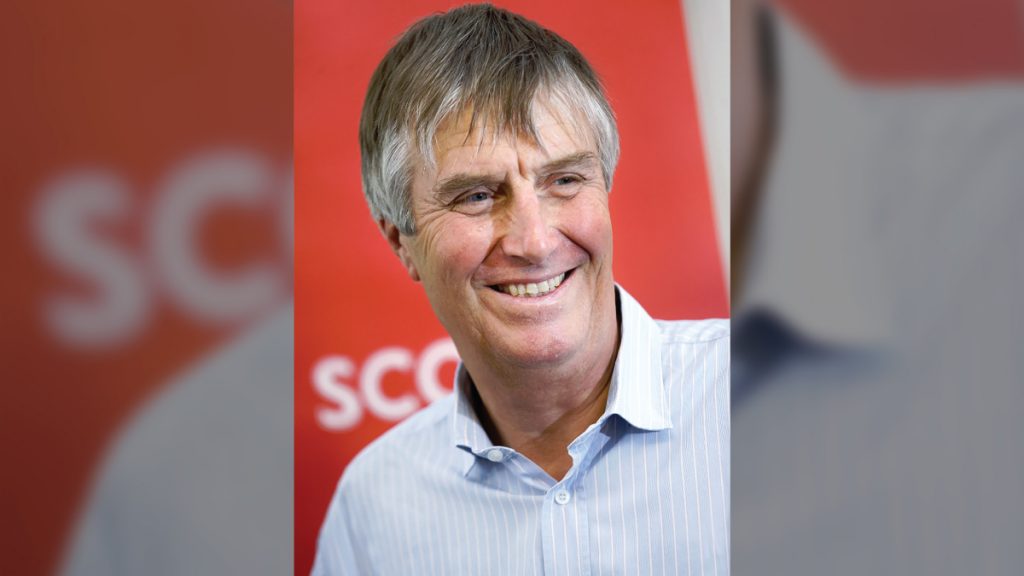 Tim Taylor, Chairman of Scott & Co. Ltd, is a prominent figure of the local private sector and a key player in the socio-economic changes in Mauritius since independence. He talks to Investor’s Mag about the milestones of the country’s economic success, but takes a critical look at the shortcomings in governance, particularly within the public sector.

You returned to Mauritius, five years after the country’s independence. Why that decision?

I was born in Mauritius, but when I was six years old, I moved to the United Kingdom with my mother at the divorce of my parents. I didn’t return to Mauritius for 10 years, but my memories of the country were very positive. At the age of sixteen, I came back to Mauritius for the August school holidays, and after that, my brother Mike, and myself came back every year in August until we finished school. I liked what I saw and decided to orientate my studies and my early work experience to enable me to come back and work in Mauritius. This I duly did at the age of twenty-six in December 1972, when I joined Rogers. Once back, I realized quite quickly that the reality of Mauritius was different from my dream of it ! That said, I have never regretted my decision to return.

Your family has been intrinsically associated with the economic history of Mauritius for over a century since the Black & Smith partnership was renamed Taylor Smith in 1903. Since then, the group has diversified and is present in many sectors of activity. What key events made it possible for your family business to succeed in Mauritius?

Yes, we have come a long way since 1903. When he arrived in Mauritius in 1879, my great grandfather had no material goods, just a trade (he was a qualified shipwright) and a will to work. What have been the key factors to our relative success? First and foremost, the development of the Mauritian Economy and the stable political climate that has enabled this development. Then it’s been hard work and application. All the generations of the Taylors (& the Smiths) have worked hard. The family also insisted that a tertiary education qualification was necessary to join the family business. Therefore, George, Dennis and Colin were/are qualified engineers. Derek was a Master Mariner and I studied economics. Another key factor was the merger of the Taylor Smith businesses with Rogers in 1972, which enabled the family to be invested in a wider range of activities. Then came the separation from Rogers in 2012, by way of which the Taylors took control of a number of former Rogers’ businesses, for instance, the consumer finance business through CIM Finance and the offshore management activities through CIM Global, since sold. Through this reorganisation of Rogers, our family holding companies also bought a number of businesses, including Taylor Smith & Co Ltd (marine engineering), Scott & Co Ltd (commerce), Sofap Ltd (coatings) & Copharma (pharmaceuticals).

How would you explain the socio-economic success of Mauritius to an investor, new to the country?

Mauritius really started to develop after independence in 1968. Much credit must go to Sir Seewoosagur Ramgoolam and his various governments for this relatively good start. Unlike in a number of newly independent countries at that time, there was no mass nationalisation of enterprises in Mauritius. This meant the business people weren’t driven out of Mauritius, enabling them to build on the economic structures that were already in place. Credit must also be given to Sir Aneerood Jugnauth whose various governments continued with basically business-friendly policies (although at the time, we didn’t always think so). I would make a special mention here of Sir Gaetan Duval, Vishnu Lutchmeenaraidoo and Rama Sithanen whose actions greatly enhanced the positive business environment necessary for development. Subsequent governments under Navin Ramgoolam and Pravind Jugnauth have continued the drive to attract investors to Mauritius.
Then we mustn’t forget the local and foreign entrepreneurs who have come and invested here, creating wealth and employment, and also, the people who work in these enterprises. At Independence, we had sugar and civil servants and not much else. Today we have a population operating over a large range of activities from tourism to Finance and from garment manufacturing to international call and data centres and still of course sugar and civil servants (more of them!)

It has been 30 years since Mauritius became a republic, what do you think have been the economic benefits of this decision?

A republic or a monarchy (with the Queen of Great Britain as monarch), what a question! I am not sure that becoming a republic has had any economic benefits. However, I think it is better that Mauritius is a republic because the Queen was never very present in the lives of Mauritians, only visiting Mauritius once. Also, with the dispute between Britain and Mauritius over the Chagos, it would be embarrassing if she were also Queen of Mauritius!

You were the Chairman of the National Committee on Corporate Governance in the past. What were the major milestones for good governance at private and public level over the years of independent Mauritius?

Regarding the private sector, these probably were the launching of ‘The Report on Corporate Governance for Mauritius’ in 2003. With the publication of this document and all the communication and training that went with it, corporate Mauritius took major steps forward in governance. Then the Government set up a number of regulatory bodies that have improved corporate governance, for instance a revised code of Governance was launched that has led to further improvements.
As regards the Public Sector, it is difficult to say whether governance has improved. The codes are there; what constitutes good governance is known, but often political considerations appear to take precedence over governance considerations. It is a pity because poor governance in the Public Sector holds back Mauritius’ development.

What are the remaining flaws that Mauritius needs to address on the governance front?

As regards the private sector, the laws, regulations & codes are in place to enable good governance. There are also the Mauritius Institute of Directors (MIoD) & the National Committee of Corporate Governance to educate, guide & inform companies on matters of good governance. I believe that generally, the private sector is motivated to improve governance. Over the last 10 years I have been a director on a number of listed companies and I am happy to say that improving governance was seen as a priority in all of them.

As regards the public sector, again all the codes are there & training is available, however it is unclear whether there is sufficient political will to really improve governance in this sector.

We must not forget that governance is a journey, not a destination, therefore it is essential that both the private & public sectors continue to work to improve it.

The top performers on the World Bank’s Doing Business survey are mostly Free countries. But, with the pandemic, policymakers often argue that “soft” values such as human rights and democracy must take a backseat to economic and security interests. What do you think?

As you are aware, Mauritius scores well in the World Bank’s Doing Business Survey. We are also in a relatively free country. Governments around the world dislike the press and try to take actions against them to limit their freedom of expression. Mauritian Governments are no exception. Over the years, the Governments of both Ramgoolam and Jugnauth, father and son, have introduced laws and policies to limit the freedom of the press. But the media in Mauritius still seems pretty free! Even the Quarantine Act passed in 2020, which gives the Prime Minister huge powers, seems to have been used responsibly. Unfortunately, one of the problems we have in Mauritius is that Governments tend to push through laws without proper debate. Another problem is deputies won’t challenge the party leadership. These two problems together mean that laws are often made without the examination of potential negative outcomes.

Currently, there is unhappiness because the Information & Communication Technologies Authority (ICTA) is trying to put more & more controls over social media, mobile phone usage & data gathering & usage. While it is important that the State sets appropriate standards for this sector, the feeling now is that the Government is using ICTA to silence some of the critics. This is unfortunate because internationally, Mauritius is admired for its free & fair elections & its free & dynamic press. As you are aware, Mauritius has just come off the European Union’s financial black list & it will be very negative for the country, if we are seen to be moving away from a liberal, free & democratic society with a proper separation of powers between the legislature, the executive & the judiciary & functioning institutions to a country where all decisions & appointments are in the hands of the executive.