Mauritius engineers itself to be an even more crypto-friendly jurisdiction 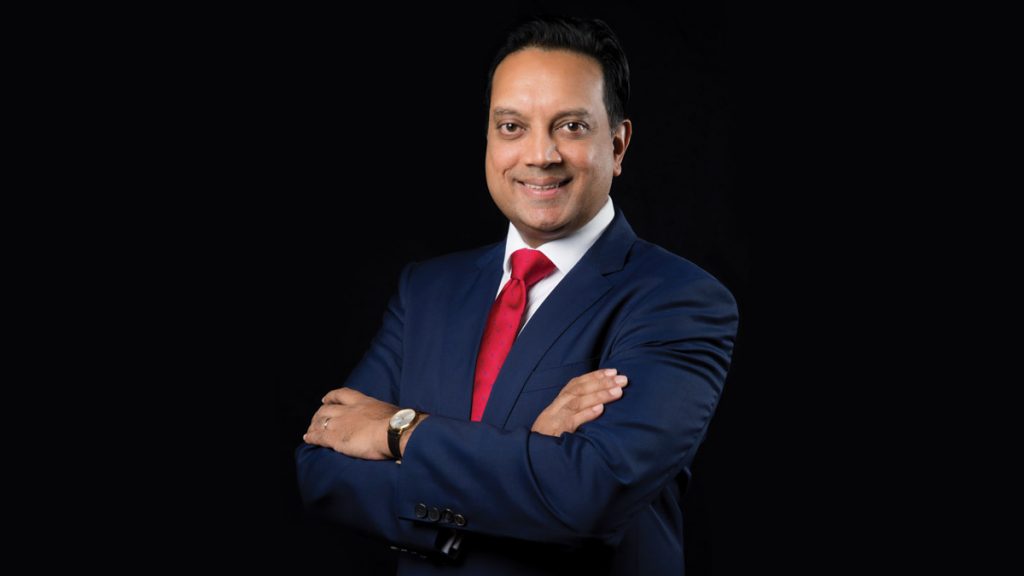 Ashveen Gopee, Managing Partner, Lex Frontier, talks to Investor’s Mag about the crypto revolution. He says Mauritius is engineering itself into an even more crypto-friendly jurisdiction and explains that the Virtual Asset and Security Token Offering Services Bill will propel the country as a serious jurisdiction for virtual asset and initial token offering businesses.

The first thing that investors will think about is Risk. What comfort does Mauritius provide to investors in the digital asset space?

Risk is intrinsic to any investment, it is in fact a component of investment. One of the things that an investor will seek is to mitigate his risk exposure. The investor generally seeks stability, certainty and security. In the space of crypto, one of the major risks that an investor faces when setting up his business activity in a jurisdiction is related to shifts in regulations.

Let us take the example of Nigeria which was the largest crypto market outside the U.S, where the Central Bank of Nigeria, overnight, almost banned trading in cryptocurrencies and caused a heavy blow on investors. Mauritius on the other hand is engineering itself to be a crypto-friendly jurisdiction. The policy of the government on cryptocurrencies and digital assets is clear. We have had a series of guidance notes issued by the Financial Services Commission on Digital Assets, Security Tokens since as far back as 2018 and we now have the Virtual Asset and Security Token Offering Services Bill which has been introduced in Parliament recently. All these legislative frameworks create a degree of certainty for investors and definitely provide layers of comfort which an investor seeks.

What is the object of the Virtual Asset and Security Token Offering Services Bill?

This Bill, once enacted, will further complement the existing legal framework surrounding digital assets and will definitely propel Mauritius as a serious jurisdiction to consider for setting up specified activities related to virtual assets and initial token offering businesses. It will align Mauritius with the international standard of the Financial Action Task Force which aims primarily at mitigating and preventing money laundering, financing of terrorism and proliferation of risks. The Bill makes provisions for the licensing of virtual asset service providers, the registration of issuers of initial token offerings; and compliance with international standards of Anti-Money Laundering and Combatting the Financing of Terrorism. In essence, what it will do is to attract “clean” investors who wish to play in a regulated international financial jurisdiction. This is the chance for Mauritius to attract large institutional investors.

But aren’t these large institutional investors still sceptical about cryptocurrencies?

That seems to be more and more a statement that belongs to the past. Things are changing and they are changing fast. We have recently seen the paradigm shift of JP Morgan Chase, the biggest U.S Bank by assets, from the reluctant position of its CEO, Jaimie Dimon, to one where it has recently allowed access to a number of crypto funds to its wealth management clients. Other big names in Wall Street which have offered bitcoin funds to their clients include Goldman Sachs and Morgan Stanley.

Mastercard is another example of a big name embracing cryptocurrencies. It has recently announced that it is partnering with leading digital currency companies to bring crypto into its network.

What has worked in the past with one product may not necessarily yield the same result. We owe our success as a Financial Centre to a number of factors, essentially our strategic positioning, political stability, bilateral relationships with emerging markets, to name only a few. That is to say, all the ingredients were there, and we needed the right legal framework and the workforce, and the machine was oiled.

However, digital assets are a new ball game altogether. It defies boundaries. Your geographical positioning becomes irrelevant. Sure there are no two ways about it, the solid legal framework is the foundation of all structures you want to build. The progressive approach we have embarked on will definitely give Mauritius a boost to attract the right investors in this space, but this is a new technology and an extremely fast-moving one. We have to capitalise on the momentum we have gathered before we get overtaken by other International Financial Centres. And I have here in mind Financial Centres like Singapore which counts amongst the top Crypto Hedge Fund Domicile.

Having the appropriate legal framework is one thing and a definite advantage but this in itself will not suffice, and we have to be mindful about this. We have to develop a ‘go-getter’ attitude!

What are the disadvantages of legalizing cryptocurrencies?

Well, perhaps, the better question is “what are the disadvantages of NOT legalising cryptocurrencies?”. We have to come to terms that technology is here to stay. Technology cannot be unmade.

Let us answer this by comparison. In India, where the crypto investment is over USD 10 billion, the Parliament has now listed the Cryptocurrency and Regulation of Official Digital Currency Bill 2021 to be taken up in December which will seek to prohibit private cryptocurrencies. I have to say that there is much speculation going on, some fearing that there would be an outright ban and some expecting that some basic coins such as Bitcoin, Ethereum would be allowed in some form.

Come what may this has generated a high level of uncertainties for investors. Assuming the most drastic scenario, I see it hard to believe that people holding crypto (generally called the HODLers) will easily let go of their assets worth millions. I believe that taking head on positions of that sort will only force the HODlers to dive into the darknet and this is where the danger lies. No legislation will eradicate cryptocurrencies. Just a note on this, it is expected that the Indian government will clarify matters in the days to come on the issue of banning or regulating cryptocurrencies.

In Nigeria, apparently, there is an increase in the black market following the banning of cryptocurrencies.

If we take Europe, on the other hand, there is a more accommodating mindset and instead of banning cryptocurrencies, we see legislative frameworks which have been heightened, for instance, the 6th Money Laundering Directive (6AMLD) has made due diligence requirements in relation to cryptocurrency custodian wallet and exchange providers more onerous. Crypto exchange platforms are now extremely cautious in dealing with cryptocurrencies but we are seeing an increase in trade volume over these exchanges. Large institutional investors and HODlers of a large amount of crypto (commonly called the crypto whales) are choosing regulated exchanges. In my view, recognising and regulating exchanges would lead to greater transactional volumes of “clean” cryptocurrencies and this offers the advantage of traceability of the assets. In an interesting case before the London Queen’s Bench Division (AA v Persons Unknown and others – [2020] 2 All ER (Comm) 704), Bitcoins which were obtained by ransom were traced to an exchange, known as Bitfinex, and these were subject to a freezing order.

Many geeks say crypto adoption and growth will slow down if crypto platforms are subjected to government regulations worldwide. Can you comment?

I tend to differ on this. As I said earlier, the big institutional investors would always use these regulated platforms because the last thing you want is to become the owner of a cryptocurrency that has been in the darknet. The movements of cryptocurrencies on a blockchain are traceable. Also, we have noted that small investors too prefer using these regulated exchange platforms for the very same reason. Would regulated crypto exchange platforms eradicate the black market? Of course not, but will we see an increase in transactions over these platforms? I am convinced yes as we are already seeing.

If Mauritius wants to forge a name in the domain, as a Digital Financial Centre, we will have to be very proactive and as I said be a go-getter.

However that being said, I wish to raise a caveat. A balance has to be struck between subjecting the exchange to regulatory scrutiny in order to preserve the reputation of a jurisdiction, like Mauritius for instance being one which is particularly sensitive with risk, and over-regulation which will be counterproductive. There must be sufficient regulation to offset the reputational risk and an optimum point has to be found. Malta for instance is being seen as an overregulated jurisdiction which is discouraging investors.

What potentials do cryptocurrencies and blockchain hold that’ll be transformative for emerging economies such as Africa?

It is a known fact that cryptocurrencies have created financial inclusion for the unbanked in Africa. The continent has now the largest volume of Bitcoin peer-to-peer trading worldwide. That being said, the most interesting part of the question is in relation to blockchain. We have to understand that cryptocurrencies are not blockchain. The latter is the underlying technology and cryptocurrencies is one use of the technology. The blockchain technology is opening the door to limitless possibilities and we are yet to tap on its full potential. This is a whole topic in itself. Let us take one application, that of smart contracts. This can reshape trade finance by bringing speed, efficiency, accuracy, and transparency in trade. Let us not lose sight of the fact that the coming into operation of the Africa Continental Free Trade Area has created the largest free trade area in the world. But this again is another topic in itself.

We understand that the underlying reason for the Virtual Asset and Security Token Offering Services Bill is linked to the recommendation of the Financial Action Task Force. If Mauritius wants to forge a name in the domain, as a Digital Financial Centre, we will have to be very proactive and as I said be a go-getter.

The purpose of why we are passing this Bill has to be defined. Enacting legislation for the purpose of ticking boxes only will not create a Mauritius fintech hub. We should not be theoretical, for the mere sake of saying that we have this and that legislative framework. We have to mean business. Enacting legislation in silos will not work but will do more harm to the jurisdiction from the investors’ perspective.

Not all authorities are moving at the same pace. The banking sector is still not crypto-friendly and we are awaiting the position of our Central Bank, which announced a project of digital currency lately. An investor will not come to Mauritius merely because he will get a licence to stick on his wall. An investor will come to operate a business. As of now, there are still issues with the opening of bank accounts and this is a real stopper.

What I mean to say therefore is that if we were to create a space for investors to actually make it happen, we cannot legislate in a piecemeal fashion. We have to have a clearly defined roadmap and take a bird’s eye view. We have to look at other aspects as well such as connectivity, tax frameworks etc. Cryptocurrencies is just one use of the blockchain. We have to have a progressive mindset to adopt DeFi (Decentralised Finance) which is a revolutionary form of finance based on blockchain and unleash the full potential with Mauritius at the centre of the revolution within the region.