Bank of Mauritius Annual Report: There is a hole in the bucket 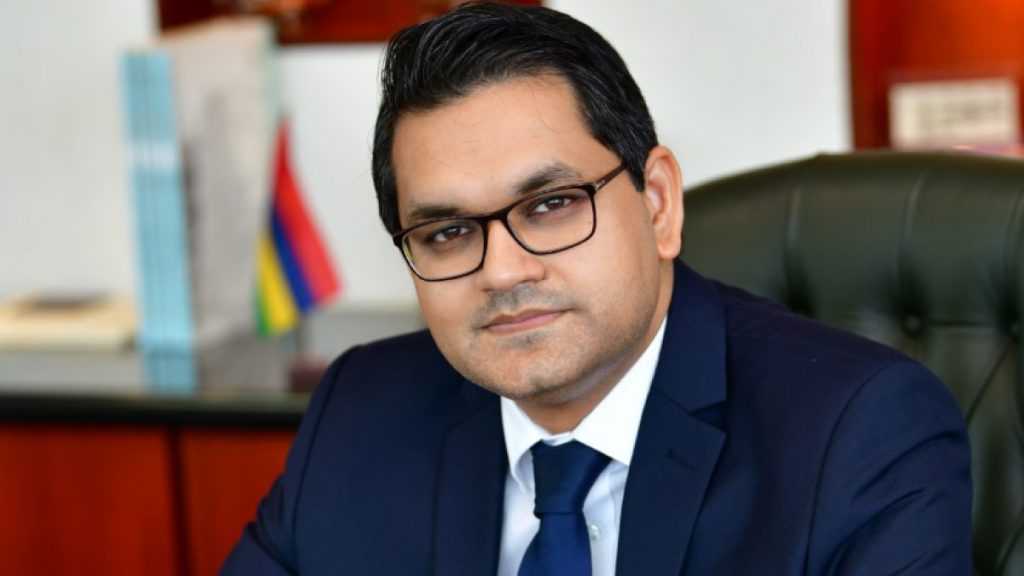 Freshly awarded Governor of the Year by a foreign magazine, the Governor of the Bank of Mauritius, Harvesh Seegolam, is the target of criticism in Mauritius, with the recent publication of BoM’s annual report revealing the writing-off of Rs 55 billion disbursed for Budget financing.

The management of the Covid-19 crisis worldwide has blurred the borderline between fiscal and monetary policy, often resulting in ambiguous relations between governments and central banks. But the threats to central banks independence do not date from the current pandemic; they run much deeper.

Independence has been granted to central banks and enshrined in the statutory books to shield them from political influence while fulfilling their mandate of stabilizing prices.

Amid the Covid-19 crisis, the Bank of Mauritius, like many other central banks in the world, adopted unconventional measures to support the high funding needs of Governments.

Millennial Governor Harvesh Seegolam took the Bank of Mauritius reins in March 2020, a few days before the new coronavirus began to spread among the local population. “Governor Seegolam holds a BSc (Hon) in Economics and an MSc in International Finance, in addition to several other qualifications in accountancy and finance. He is an alumnus of the London School of Economics and Political Science, the University College London, Durham University, as well as, the SKEMA ‘Grande Ecole de Commerce’ in France”, can be read on the BoM website.

The “graduation” at the LSE was disputed by some alumni of the LSE, but does not distract him from the merit of the Award.

But the creation, in June 2020, of a subsidiary, the Mauritius Investment Corporation (MIC), and the Rs 60 billion “transfer” to the Government, by the Bank of Mauritius are amongst those controversial measures taken by new Governor Seegolam.

According to the World Bank, Mauritius’ COVID-response is the fourth largest in the world, amounting to 32 percent of the country’s GDP.

Central Bank Governor of the Year

Harvesh Seegolam was awarded in August 2021 the “Central Bank Governor of the Year” by the African Leadership Magazine. “It is an international recognition of all the efforts put in by the Bank of Mauritius to preserve the soundness of our financial sector, to protect the banking sector and to help towards economic stabilisation, while addressing challenges at international level”, commented the Governor after the announcement of the African Business Leadership Awards 2021.

If the young Governor is acclaimed abroad, it is much more contrasted on his own soil. Critical voices claim that the central bank has been over-stretching its mandate and has crossed the line into fiscal policy and management, and influencing the distribution of income and wealth at the expense of society as a whole.

Bank of Mauritius gifting Rs 55 Bn to the Government

Governor Seegolam is notably in the sights of the Leader of the Opposition, and former Minister of Finance, Xavier Luc Duval, especially with the recent publication of the Bank of Mauritius annual report revealing the writing-off of Rs 55 billion out of the Rs 60 billion state funding by the central bank, which was instrumental in balancing the 2020/21 Budget. Xavier Luc Duval described that as a “financial heresy”.

He recalls that on May 7, 2021, the BoM issued a communique on how it was going to treat this “transfer”. In this press release, it announced that the one-off exceptional “contribution” of Rs 60 billion to Government was in line with section 6(1) (0a) of the Bank of Mauritius Act for the purpose of stabilising the economy.

It further explained that the treatment of the Rs 60 billion in its books will be as follows: (i) An amount of Rs 32 billion has been written-off from the Special Reserve Fund; (ii) The remaining balance of Rs 28 billion is being treated as advance against future profits distributable to Government.

“The above treatment has been made in line with consultations with the Technical Assistance Mission of the International Monetary Fund (IMF)”, highlighted the BoM.

Xavier Luc Duval underlines that at that time, Rs 28 billion, out of the Rs 60 billion, were still considered as an asset by the Bank of Mauritius, although he joked that at its current earnings, it would take may be decades or centuries to repay that advance.

Reading from the latest Annual Report of the BoM, XLD points out that it is now mentioned that “out of the one-off contribution of Rs 60 billion, Rs 55 billion have been, following audit report from KPMG, written off to the reserves. So, between May and October, the BoM ended up with a hole of Rs 23 billion. Mr Seeegolam, you should come with an explanation.”

To get an idea of size, Rs 23 billion would be more than enough to cover the Ministry of Education (Rs 15 bn) yearly budget or nearly half of the budget devoted to social protection (Rs 48,7 bn-2020/21).

The negative net worth of the Bank of Mauritius

XLD recalls that the IMF underlined, in its latest economic and financial analysis of Mauritius, the negative net worth of the BoM. Indeed, in its latest Article IV, the Bretton Woods institution emphasises that ; “if the entirety of the Rs60 billion transfer were to be written off, the BOM’s net worth would be at negative Rs14½ billion (-3,5 percent of GDP).

The IMF also warned that; “should efforts be undertaken to recapitalize the central bank, which currently has negative net worth, such efforts would engender a tradeoff in pushing public sector debt levels still higher”.

The Leader of the Opposition explains that the BoM has resorted to depreciating the rupee to minimize the scale of this catastrophic situation. He severely denounces that “ just a couple of days before the end of its financial year, the BoM devalued the rupee. This artificially inflated the reserves of the Central Bank, because the reserves are denominated in rupees. This manipulation made the Bank’s balance sheet look positive. Since the last general election, the depreciation of the rupee has ranged from 14 to 26% depending on currencies. And the saga continues. “

He also adds that the Shareholder Reserve of the BoM was reduced in one year from Rs 43 billion to Rs 3 billion. “This is unacceptable. The BoM is only solvent because of the depreciation of the rupee, which has artificially created an increase in its assets. We now have a weak central bank, unable to protect the rupee for years to come”, he says.

XLD explains that the flip side of this brutal depreciation of the rupee is its impact on purchasing power, the standard of living of Mauritians. ”Any accountant would realize that’s a financial heresy”, he concludes.

“We are in deep trouble”

On the MIC front, XLD says that ; “for the first time in its history, we have a consolidated account of the Bank of Mauritius that takes into account a subsidiary, which has been condemned by the IMF, the MIC. According to this document, it appears that the MIC made losses of Rs 600 million. They can be technical losses, or revaluation losses, but at the end of the day, they are losses”.

Up to the end of September 2021, the MIC had already disbursed Rs 12.3 billion to companies mainly operating in the “Accommodation and Food Service Activities” sector.

For a former Governor contacted by Investor’s Mag, the situation is already gloomy. “When you have a central bank whose capital base is more than eroded and the Government is not at all in a position to recapitalise it, you should conclude that you are in deep trouble. Funnily, Mauritius thinks that it is today swimming in the waters that it did in the 1970’s. Even economics as a discipline has undergone dramatic changes. We are in a bad fix. A chorus of voices is chanting for the youths of the country to take over. Isn’t the Governor of Mauritius young enough, aren’t most of our MPs young enough? Aren’t most CEOs in both public and private institutions and enterprises young enough? And look at the outcome?” he tells Investor’s Mag.

In the 16th October 2021 edition of The Economist, an advert was posted by BoM for a post of “Economic Adviser”. Would the rare bird sought after hold up the Leader of the Opposition from denouncing financial heresy or accounting currency manipulation, going forward? Or is it the case that, as a former Governor said in one of his speeches, “a person who is not himself wise can never be well advised”? While on the question of reserves, let us reserve the question !